Two charts are included for discussion.

While the MACD divergences (not shown) on the daily and weekly are supporting a reversal lower, price action itself and monitoring the tape in real time was the deciding factor.

Within a few minutes of the open on December 18th, DHI  was eroding so quickly that a preferred entry on rising action was just not in the cards.  The delay, even for a few minutes resulted in an entry that was at a higher (Put) price than desired.

Exit was made when it became obvious that buoyancy had come into the market.

As with the IBB trade discussed here, had the option been held into the expiration close on Friday, the 20th, it would have expired at no value.

Interesting to note, is the capture of the most dynamic (downdraft) part of the trade.  At entry, the end result of a trade is of course, unknown.

However, after sufficient time is spent studying price action (10,000 - 15,000 hours), an intuition is developed that determines when a wrinkle in time is about to appear; where order (down or up) presents itself in the market. 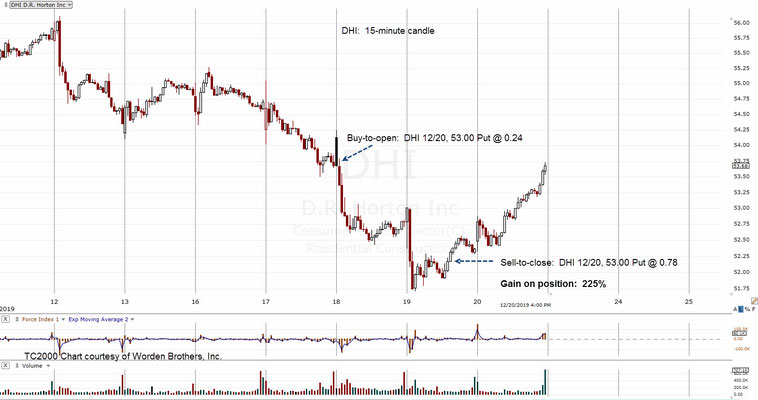 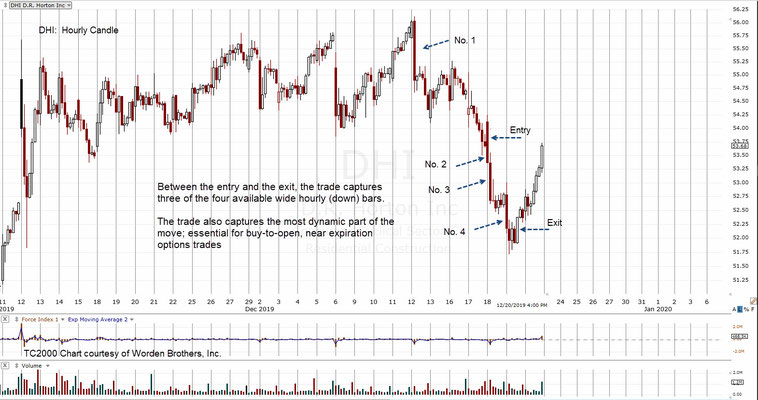